Is it July Yet?

Because I want this: Justice League of America 11. 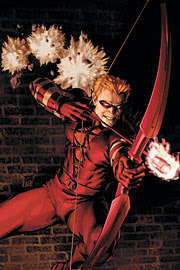 Roy as Red Arrow, on the cover, by himself. There are 2 covers for this, or so the solicit said, and I guess this is the variant, with Turner doing the other. I want this one. And then in August, there's the Red Arrow action figure. Can we agree that this is the summer of Roy Harper? Hell, yeah.

Oh, and the new action figures announced, coming out in December, include a very nice Agent Diana Prince.

Email ThisBlogThis!Share to TwitterShare to FacebookShare to Pinterest
Categorized as: Justice League of America, Roy Harper